Why You Need to Visit Iceland At Christmas Time 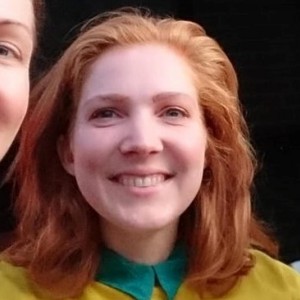 Iceland in December — and in particular, Iceland at Christmas — is dark, cold and potentially quite windy. As a result, Icelanders at Christmas mainly engage in warm, cosy social activities to keep body and souls warm and bright.

Some Christmas traditions in Iceland are familiar to many people around the world. Christmas trees, lights and advent calendars with everything from chocolate to beer to beauty products are a common sight even in Iceland. But what is particularly special about Iceland at this time of year are the wonderful, albeit a little strange, traditions that say a lot about the people of this island nation.

Iceland is a very literary country, with a vast amount of authors relative to the entire population and, equally, a large number of readers. As a result, books are one of the most popular Christmas presents in Iceland, which is why there appears to be a rush of books coming out at the end of each year. This is such a well-known phenomenon that it has a name: Jólabókaflóðið, or the Christmas Book Flood.

It is not just books that are part of Icelanders’ special Christmas activities. Every year, several of the country’s top entertainers put on Christmas and end-of-year shows featuring comedy, songs, and much more. These are so popular that some entertainers make the most of their yearly income from these shows.

There are many reasons you should visit Iceland in winter. For example, the Northern lights and getting to experience a scenery that changes every minute, every day, and every hour. If you are looking for a fantastic Christmas Holiday in Iceland, we recommend these:

The best thing to do in Iceland is to indulge in the cosy-craving sides of yourself. Why not take a trip to the local swimming pool or hot spring? Nothing beats the experience of sitting in a warm geothermal pool while fresh snow slowly falls on your relaxed and happy face. Get there at the right time of day; you might even see the famous Northern Lights.

If you prefer a more outdoor Christmas activity, Reykjavík and the surrounding area are full of Christmas markets. Just search for Hafnarfjörður, Ingólfstorg or Heiðmörk Christmas markets, for example, to find one close to you. Or why not try a walking tour of Reykjavík to learn more about the city? Or, if you’re in town on the 23rd of December, you could participate in Friðarganga (Peace Walk), a yearly anti-war march through Reykjavík.

If you can’t make it to Iceland for Christmas, visit Litla Jólabúðin on Laugavegur in Reykjavík or Jólahúsið in Akureyri for an all-year-round Christmas experience.

Iceland has a unique and fascinating Christmas folklore. Like most good fairy tales, they started as stories meant to scare children and adults into good behaviour. The more child-friendly version we now know stems from the 1932 book of poems called Jólin Koma (Christmas is coming). It is by Jóhannes úr Kötlum, a teacher-turned-poet who side-hustled as a member of parliament.

The Folklore takes its departure in Grýla, said to be a monstrous troll woman who is always a bit hungry for humans. Naughty children are her favourite. She would go door to door, asking parents if they had any disobedient youngsters she could have — like a grim version of trick or treating.

Grýla lives with her husband, Leppalúði, who is quite antisocial, so we don’t know much about him. Grýla and Leppalúði live in the volcanic landscape of Dimmuborgir, which, according to legend, is also where the devil landed when he fell from Heaven. And they shot some scenes for Game of Thrones there — so the region has something for everyone.

The stars of the Icelandic Christmas folklore, however, are their 13 children and their cat. You might have heard of their sons, the Yule Lads:

The 13 Yule Lads are pranksters — harmless if a little mischievous. They each have a very different personality and unique traits and preferences, though mainly they seem to be hungry.

The Yule Lads will come to your house one at a time starting on 12th December. To prepare for their visit, Icelandic children will leave a shoe on the window sill. If they’ve behaved, the Yule Lad will leave a present. However, the child will have to settle for a rotten potato if they’ve been naughty.

The Icelandic Yule Lads are simply too fascinating to skip over, so here’s an overview of the Lads in order of appearance:

I was first introduced to these guys by my Icelandic partner and stepdaughter. The shoe in the window was the most curious thing for me. I am used to inviting Santa Claus into my house. But after learning about these guys’ hobbies and character traits, I decided that it’s for the best if their visit is just a quick in-and-out. By the way, I’m happy to report that even though they live in Iceland, the Yule Lads all made it to Copenhagen to deliver their gifts.

Grýla, her husband and children have a cat, the Christmas Cat, who also craves humans. The Cat prefers naked people and will eat you if you don’t receive a piece of clothing for Christmas. Apparently, the threat of being eaten by the Cat was yielded over wool workers to get them to finish processing the autumn wool before Christmas.

These days, you don’t have to wait until Christmas to see this terrifying Cat. You can find it at Lækjartorg Square in the city center from the middle of November, arching its back, flashing its teeth and staring at you with piercing red eyes.

And when you’ve been to see the Cat, try and see if you can spot all thirteen Yule Lads. The city of Reykjavík have projected cute animated versions of them on different buildings all over the downtown area. Looking for them makes for a fun family treasure hunt.

Icelandic Christmas food has something for every taste: the sweet, the savoury, the savoury that can be made sweet, and food for those who are a bit braver than the rest.

As in the other Nordic countries, the most traditional foods to eat, especially for special occasions such as Christmas, are based on what you can grow or raise in your surroundings. Therefore, conventional Icelandic Christmas foods are meat and potato-heavy.

Icelanders will stick their fork into some lamb, often in the form of hangikjöt — cured lamb’s meat. Traditionally it is smoked in horse’s dung, and served boiled with a side of potatoes, tinned green peas and red cabbage. In the olden days, families in poorer households would eat rjúpa, a type of grouse (real name in English: Ptarmigan), though the bird is now protected, so while you can still find it on menus, it is not too common.

Now, I promised you something unusual. Of course, most of you will have heard of hákarl, a fermented shark. But have you heard of skata? It is fermented skate, a type of fish. Like its cousin, the “rotten” shark, skata is prepared by burying it for months, leaving nature to do its work. It also carries a distinct smell of ammonia. Thankfully, Icelanders traditionally (pretty much only) eat it on the 23rd of December, a day the thety call Þorláksmessa after St. Þorlákur, Iceland’s only Catholic saint.

Fear not if you are not a friend of meat and dairy-based foods. Iceland has more than embraced veganism and other dietary preferences or necessities. In every supermarket, you’ll find plant-based, possibly even gluten-free, versions of most of the foods mentioned here. If you want to be perfectly sure to find foods without animal ingredients, find Veganbúðin in Reykjavík, which is the world’s largest vegan supermarket.

The quintessentially Icelandic Christmas drink, enjoyed by the whole family, is Malt og Appelsín, often simply called Jólablanda, or Christmas mix. It is a mixture of a malted, carbonated “beer” (about 1% alcohol) and orange soda. But don’t even think of bringing a Fanta to an Icelandic Christmas gathering: it has to be the Icelandic brand Egils. The ratio of malt to Appelsín varies from family to family, though nowadays, you can buy it pre-made.

Icelanders like their sweet stuff. So, for example, not only would you find regular boiled potatoes on the Christmas table, but also “brown potatoes”; caramelised, smaller potatoes. They are as delicious as they sound.

Another stable is Laufabrauð, a crisp, flaky, deep-fried bread. It gets its name, leaf bread, from the beautiful decorations. It is readily available in every shop, though many still make it from scratch and cut out the leafy pattern by hand. Icelanders eat Laufabrauð as is or with butter and hangikjöt.

Summary: Some Facts about Iceland at Christmas

The holiday season in Iceland is a magical time filled with beautiful scenery, rich traditions, fantastic folklore, and unique cuisine.

December might be the darkest time of the year, and the country only sees a few hours of daylight. But that makes it the ideal time to search for the Northern Lights. Icelanders also brighten up their days with unique decorations and cosy holiday traditions.

A book is a popular gift at Christmas, and Icelanders have more writers per capita than any other nation. As a result, most books are published right before Christmas, resulting in a phenomenon known as Jólabókaflóðið or The Christmas Book Flood.

Santa Claus does not visit Icelandic children during this winter season. Instead, 13 Yule Lads visit them and put treats in a shoe the children leave in their bedroom window. The Yule Lads’ troll mother, Grýla, eats naughty children. She also has a cat who eats those who don’t receive an item of clothing for Christmas.

Traditional Icelandic Christmas food is both delicious and terrifying. On the delicious side, you have hangikjöt, smoked lamb served with laufabrauð or leaf bread, a thin deep-fried and decorated bread. All of this goes down with a glass of jólablanda, a mixture of Malt Beer and Orange Soda.

On the scary side, you have skata; a fermented skate fish served only on December 23rd.

Native to Denmark, Mette moved to Reykjavík for love in 2020. She can often be seen running through whatever green landscape she can find in the city, or soaking in a swimming pool. Mette started in research, but she is currently focusing on writing and performing stand-up comedy.

8 Amazing Reasons Why Icelandic Horses Are So Unique

How to Visit the 2022 Volcano Eruption Site in Iceland

Read More »
Manage Cookie Consent
We use technologies like cookies to store and/or access device information. We do this to improve browsing experience and to show personalized ads. Consenting to these technologies will allow us to process data such as browsing behavior or unique IDs on this site. Not consenting or withdrawing consent, may adversely affect certain features and functions.
Manage options Manage services Manage vendors Read more about these purposes
View preferences
{title} {title} {title}
Scroll to Top